Area Woman Thinks She Can Write About Job

So, during my short early morning confabs with the Almighty, I have been reviewing the enigmatic book of Job. Of course I say, "reviewing," but I find the Bible such a mystery that every time I read it, it seems new. Especially since I read it so slowly. I mean, at my pace, it's been maybe three or four years since I last read about poor old Job and his descent into … whatever he descended to…

A quick recap for those not familiar: the book of Job is about a good guy who had a good life… but then the devil goes says to God, "That guy is only good because his life is so good. Take all that stuff away, and he'd renounce You!" God knows this isn't so, so he lets the devil take away everything Job has – his wealth, family, health… everything. But Job never wavers. He DOES however, want God to tell him what's going on. And he's got these friends, see, who are always trying to give him advice – "Everybody knows bad things happen to bad people... Just confess how awful you are and God will fix everything!" They're basically just spouting superficial proverbs. But Job is not havin' any of it. Anyway, that's not the end of it, but I'm not going to tell you what happens. As River Song always says in Doctor Who, "Spoilers!!" 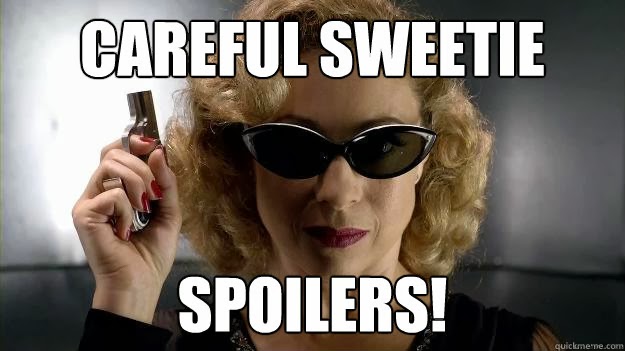 My thoughts about this painful-to-read, but quite beautiful book are all over the place. Usually I'm just thinking stuff like, "This is a long book," and "he named his daughter 'container of eyeshadow?!'" and "this description of a baby as a skin sack stuffed with cheese curds is hilarious… and accurate!" I found myself comparing Job to the guy in the Soul Asylum song Draggin' the Lake (who says:  "Sent on a mission to find out / Just how much sh*t one man can take…") and to the guy in the Robert Redford Movie All is Lost… for obvious reasons.

One new thing that popped into my head was that maybe the whole thing was a satire of wisdom literature… like Don Quixote (or as my Golden Age scholar friend calls it "the Quixote") was a satire of popular chivalric novels of the day.

I felt like the author was trying to say that the term "wisdom literature" is a misnomer. Wisdom literature is a genre of literature common in the Ancient Near East that generally contains a lot of sayings about how to have a good life. Like these from Proverbs 10: "The Lord does not let the righteous go hungry, but he thwarts the craving of the wicked. / Lazy hands make for poverty, but diligent hands bring wealth. / He who gathers crops in summer is a prudent son, but he who sleeps during harvest is a disgraceful son. / Blessings crown the head of the righteous, but violence overwhelms the mouth of the wicked." Basically, do good, and your life will be good.

This is the kind of thing that Job's friends keep spewing at him, and as you can imagine, it's amazingly unhelpful. I mean, Job's covered in sores and he's scraping them with a potsherd! This is NOT the kind of thing he needs to hear! Proverbs may be generally accurate, but they're more like… useful tips, or "life hacks" in today's lingo. They do nothing to fathom, describe or explain the true wisdom of God…. which is ultimately unfathomable, indescribable and unexplainable by the human mind. And so, like Cervantes pointing out the absurdity of an outdated literature type in Don Quixote, maybe the anonymous author of Job is pointing out the inadequacy of wisdom literature.

So when I was thinking about this, I was trying to bring it up to date in my mind and suddenly had a vision of Job as a story on the satirical news web site The Onion.com. It would have a headline like "Area Man Thinks He Can Challenge God." It could quote his friends… " 'Geez, what a jerk. He should just admit he's a huge sinner so God can forgive him and give him his life back!' says long-time friend Eliphaz." This idea gave me no end of amusement.

So... I'm putting this idea out there, but at the same time I know that when it comes to fathoming and describing and explaining the book of Job, I've maybe grabbed a hair on an enormous beast. Hmmm… kinda like wisdom literature does in its attempts to nail down the wisdom of God...?

Posted by julie moore at 1:01 PM No comments: