For it is by grace you have been saved, through faith—and this not from yourselves, it is the gift of God—not by works, so that no one can boast. (Ephesians 2) 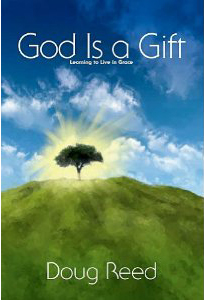 I’ve tried a couple of different times to try to write about this book I just read, and honestly… I have gotten nowhere with my traditional style of roundabout, bantery intro... Then I kind of hemmed and hawed, worried that I should maybe read it again so I’ll have a firmer grasp of the concepts conveyed and ensuing implications…  Because rest assured, what follows is going to be kind of a mixed up mess. But this book happens to be so intriguing, that I can’t really let my failure to cute-up the intro or my shakiness with the material stop me from sharing it with you. So here goes…

The book is called, God is a Gift, by Doug Reed, and since none of my “clever” intros worked, I’ll just plow right in and tell you that the beginning premise is basically this (if I understood correctly): God loves you and extends pure grace (forgiveness) to you free of charge. This is where I bring in my old favorite, John 3:16 (For God so loved the world that he gave his one and only Son, that whoever believes in him shall not perish but have eternal life.) When we cry out to Him in our sin He applies His own righteousness to us, so that we are judged NOT by our behavior, but according to our identification and relationship with Him.

Now this stuff is all over the Bible, and it’s something you learn in Sunday School from day 1 and hear in church, right? “God is love. God loves you.” So I can’t act like I have never heard it before. On the other hand… in some churches you might also get the feeling that God gets really mad when you don’t please Him. That God has a sh*t list and you’re on it because you’re not perfect. Now, my church isn’t like this, but I was raised in a home like this, so that is sort of how I operate…

So imagine my immense comfort and joy to be able to wallow (figuratively, of course) with Doug Reed in this warm, comfortable, completely-backed-up-by-Scripture bed of “God Loves You” pillows made of what feels like either pure high-quality down or maybe the most expensive memory foam… I know it sounds silly but for a few days after reading the book, I walked around thinking to myself, “God loves me. He adores me. He LOVES hanging out with me. He doesn’t think I’m boring or crazy or bad or sinful or silly…” It was awesome.

But wait! There’s more! As the title clearly says, we must also wallow in the fact that God’s love and grace are PURE GIFT. That is to say, I didn’t do ANYTHING to earn or deserve it. So that makes me better than… NO ONE. Since there is no behavior element to all this, we can’t really go around separating people into camps… like sinners / not sinners… us / them… There’s really just us: people God loves and who need Him. And as for those who have figured out their need for God – well, that was a gift too. 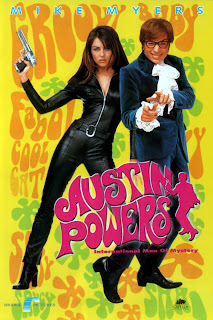 Like many people, I am used to thinking of the Christian life in terms of behavior ­ – even though I have certainly relaxed with age. Although, as any well-versed Protestant will tell you, we don’t obey God’s commands to EARN our salvation, but out of gratitude for God’s grace, we obey Him. See? Behavior still comes into it, right? However, Reed brings up in the first chapter that he didn’t think God created us to be a bunch of law-abiding little robots, but to just BE with us. Sweet.

And while there is nothing wrong with doing the right thing – it might even save you some pesky prison time – if that's our aim, we may be missing the point. Maybe a more relevant concern is the LOVE and GRACE that should flow from God’s love and grace in us. Like Paul says, “The only thing that counts is faith expressing itself through love.” (Galatians 5)

I’ll say it another way because I love Mike Myers: In Austin Powers: International Man of Mystery, our groovy hero points out, freedom requires responsibility. Okay, so what is my responsibility? Well, it’s NOT, as I once suspected, to follow God’s laws – as laid out in Exodus, Leviticus, Numbers and Deuteronomy. Nor is it to follow our culture and time’s definition of God’s law. It is this: to love God with all our heart, soul, mind and strength… and to love our neighbor as ourselves. As Jesus Himself said, “All the Law and the Prophets hang on these two commandments.” (Matthew 22)

Now if you ask me, following this directive is much harder than abstaining from drink, following a certain political agenda, or any of the things that go with the Christian subculture. Maybe that’s why we LIKE to play by specific rules – it’s much easier that loving that annoying neighbor!

But love him we must. As C.S. Lewis said, “There are no ordinary people. You have never talked to a mere mortal… But it is immortals whom we joke with, work with, marry, snub and exploit. ... Next to the Blessed Sacrament itself, your neighbor is the holiest object presented to your senses.”

Yes, even – especially – those who have not received the gift of God’s love and grace. They are, in actuality, just as worthy as we are. I mean, we don’t deserve it either, right? They might, in fact, need to feel our love and grace the most!

Good little evangelical that I am, it also occurred to me that some would argue that it is not loving to allow people to continue in sin, and that pointing our their sin is the most loving thing to do. I saw a couple of members of the notorious Westboro Baptist Church on Russell Brand's show, and that’s THEIR argument. Uh-huh. And in the same show they presented their host with a sign that that said, “FAG PIMP BRAND” and declared that Tom Hanks would most certainly be going to hell. (“It’s like a really tricky quiz of hate!” Brand exclaims.) Who’s going to listen to guys like that? I think I saw on Facebook that some people consider them to be a hate group!

I don’t mean to make light of all this by referring to Russell Brand – who though striking and smart, is completely silly... but I guess my point is that telling people about their sin probably isn’t going to help much unless it is done in the context of a real relationship… from a comfy couch of love and grace. Who is going to listen to a bunch of angry folks picketing a funeral? RUDE! (Guess what, though... I'm not better than THEM, either!)

Seems to me that in the early church, moral correction was done within the church body, not the wider world. Telling the world about their sin was in the context of spreading the good news about Christ. 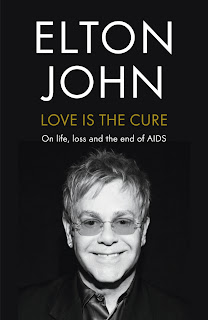 Anyway... as I wind down, I’m a little worried that I may not have explained the book correctly or adequately… but maybe I’ve given you a desire to read it…? Weirdly enough, the book I feel most compelled to compare it to, even though it is not related in ANY way, is Elton John’s Love is the Cure. After seeing so many friends and associates die from AIDS, Sir Elton was moved to begin his tireless work of fighting the disease across the world. A theme that runs through the book is that the disease is perpetuated, spread by personal shame of its victims and judgment by others. Sir Elton’s prescription? Love. “This is a disease that must be cured not by a miraculous vaccine, but by changing hearts and minds, and through a collective effort to break down social barriers and to build bridges of compassion.”

And if I understand Reed’s book THIS is how our sin-sick lives and our world are changed… the love and grace of God draws us to Him, and we spread it to everyone else. That’s quite a simplification, I know, but really, I could chew over this stuff all day long. Instead I’m going to use the energy to love you.