This is me, feeling free... 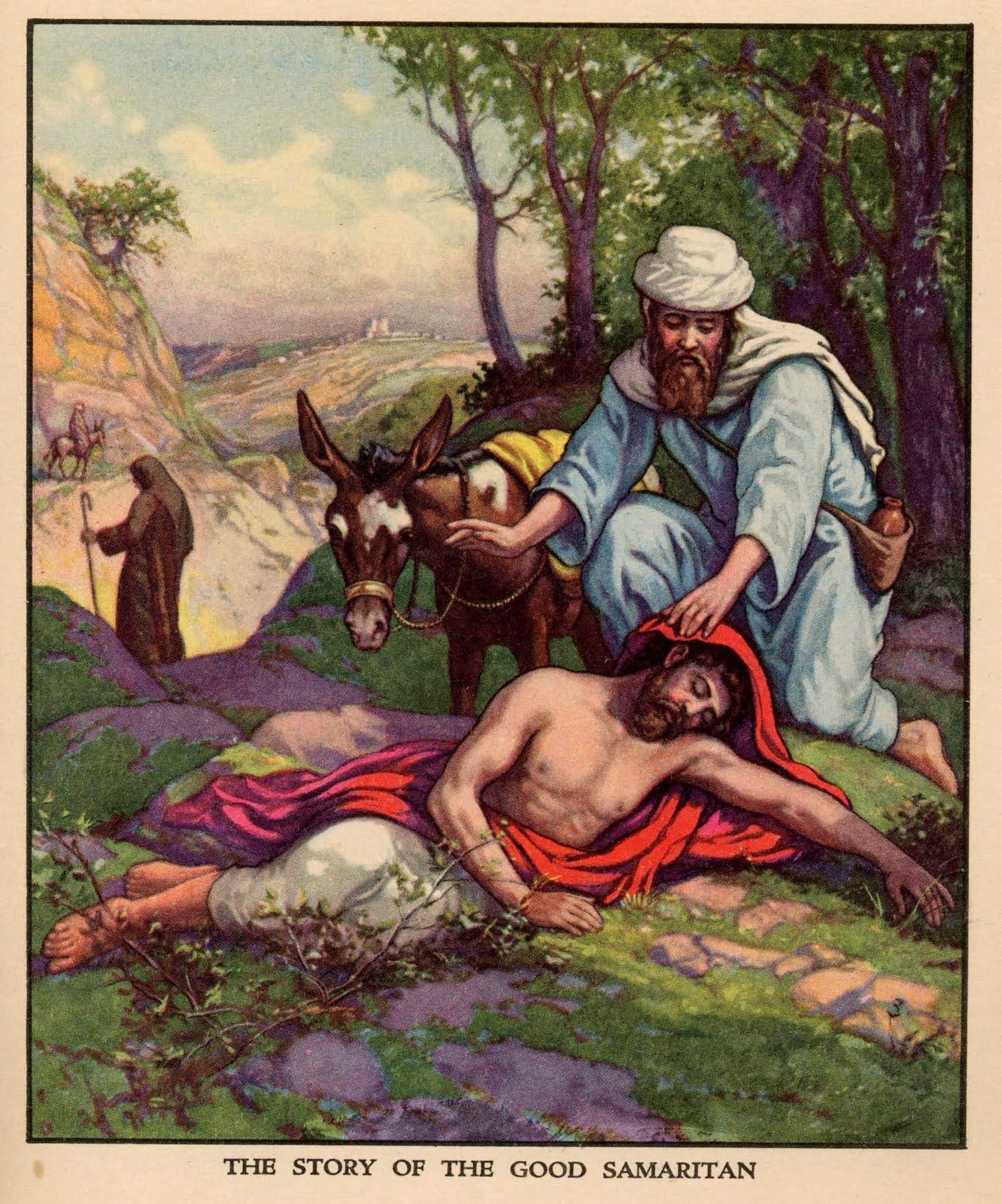 Anyway, I have two things to prattle on about…

1. As a follow-up to the last post regarding the meaning of the word "neighbor"… well, I did have another thought… which doesn't render my first thought invalid – it's just an additional way of looking at it. Now, while writing the previous entry, I did a bit of research. On the internet, of course, but research nonetheless. I don't just spout out stuff without looking into it! I wanted to know what other people were saying about this famous story... and I found out that 3rd century theologian Origen had this convoluted allegory all worked out:

The man who was going down is Adam. Jerusalem is paradise, and Jericho is the world. The robbers are hostile powers. The priest is the Law, the Levite is the prophets, and the Samaritan is Christ. The wounds are disobedience, the beast is the Lord’s body, the [inn], which accepts all who wish to enter, is the Church. … The manager of the [inn] is the head of the Church, to whom its care has been entrusted. And the fact that the Samaritan promises he will return represents the Savior’s second coming.*

Apparently a lot of people bought what Origen was selling, so maybe he had something there. I find it a bit too … something… I'm not exactly sure what. Too… explicit? Too specific? Too…? I mean, do the wounds really signify disobedience? Is the beast really the Lord's body? I don't know. I like my analogies a bit looser than that...

I do, though, find it entertaining and informative to equate the Good Samaritan to Jesus. Like this: In another place Jesus says of the Pharisees: "They tie up heavy, cumbersome loads and put them on other people’s shoulders, but they themselves are not willing to lift a finger to move them." (Matthew 23:4) Conversely, He says of Himself, "For my yoke is easy and my burden is light.” (Matthew 11:29-30)

So, it's like he's saying, "Those guys are not going to lift one finger to help you. They won't… and they can't. I AM the one who can and WILL help you. They're just going to walk on by, but I'm gonna pick you up and save your life and pay your way."

(As a weird aside, one time the Pharasees actually called Jesus a Samaritan! In John 8, they said, "The Jews answered him, "Aren't we right in saying that you are a Samaritan and demon-possessed?")

Another way too look at it is this: what if the guy in the ditch represents Jesus? I mean, in the parable of the sheep and the goats on Matthew 25, he says, "Truly I tell you, whatever you did for one of the least of these brothers and sisters of mine, you did for me." The "I" in this is the king in the story, but it is clear that he is speaking of Himself. So… if we look at it that way, did the priest and Levite give Jesus the time of day? Of course not! Did the Samaritan? Well, yeah! And, really, that's the kind of following Jesus attracted – hookers, tax collectors – you know, the rabble! "For the Son of Man came to seek and to save the lost.” (Luke 19:9-11) Yes, please!

2. Okay, so the other thing I was going to say is that last year I wrote this blog about how I was nervous to have a blatantly Christian article published in the local paper in our decidedly left-leaning town. Of course nothing bad happened… in fact I actually got one or two head-swelling comments on it.

And I'd just like to say that this year's Christmas-themed column in the Chapel Hill News is even MORE Christian-y!! It has a LOT of Jesus and heaven and stuff in it! And I'm not a bit nervous! Not because it turned out well the first time… but because… well… I guess the doing something you've never done before is bound to be a bit scary.

This year, though, I'm like - Whatever, man. JESUS. In Galatians Paul says, "It is for freedom that Christ has set us free." (Galatians 5:1) So this is me, feeling free…

Well, that's all I've got right now. It's good to be back.