Some Odd, End-of-Summer Ponderings about Art and Heaven

Okay, y’all, I’m starting to get bummed… the summer is slipping away so fast and fall will be bearing down on us before we know it. So, like, it’s this week, then next week we’re on vacation, and then … SCHOOL!! I mean, what the heck?! I realize that it’s a luxury that I have summers “off” – that is, I don’t have to go to my office at the Duke Chronicle, but… why does this delicious break have to go by so fast?

Okay, now I’ve got that off my newly-lifted chest (bras on sale at Nordstrom – through Sunday, August 6!)… We’ve had a pretty good summer… Bill’s been to some great camps, one of which was Chapel Hill’s Movie Makers camp. At this camp, the kids in each group confer on a plot, act in and film a movie, which the staff edits. The movies are then shown at the historic Varsity Theatre downtown.

Bill’s group concocted an action/adventure opus featuring a government plot to turn high school kids into super warriors. Since his group was older kids, it was well done—for a film that went from concept to completion in a week. It had a decent plot and some pretty good fight scenes. We were so proud of him and my heart leaped every time he appeared on the screen!!

But this isn’t about that … see, the camp also had a younger group of kids making an action/adventure film. And their movie… well, it was… what you might expect from a bunch of kids ages 6-10! Their plot had something to do with a gang of black-clad villains who poison a town’s coffee supply and a gang of meddling kids who suss out the plot… Did I mention that each gang included one or two kids in a dog or cat costume with lines like “meow” or “grrrr”...?

It was a hilariously fun, cute little mess! And I know the parents LOVED seeing their kids in their celluloid creation, cos that’s how parents are! I should know! Anyway, I’m not sure why, but seeing this little cinematic treat caused me to ponder some weird questions…

1. DOES GOD THINK OUR ART IS “CUTE”? Some of the art that humans create is so beautiful and subtle it makes, as the Rolling Stones say, “a grown man cry.” Just last night we were at a show of the Punch Brothers… all of whom are fantastic, innovative musicians… And Chris Thile, their mandolin player, is in a class all by himself. I’ve written about him and his genius here, and if you want to watch him go to town on his mini-axe, click here. Anyway, after a particularly complex bit of noodling at the show last night a man yelled out “WHAAAAAAT?????!!!!” – complete with deeply incredulous upswing at the end of the word. Bill and I thought that was particularly hilarious… although we kinda knew what the shouter meant!

Because human beings are capable of producing some stunning works of creativity, meaning and emotion… but you know how God is so completely above us all? For instance, in Isaiah 55 it says: “For my thoughts are not your thoughts, neither are your ways my ways,” declares the Lord. “As the heavens are higher than the earth, so are my ways higher than your ways and my thoughts than your thoughts.” And in one of his letters to the Corinthians, Paul says, “For the wisdom of this world is foolishness in God’s sight.”

So if I take these statements to be true, does that mean that even our most perfect and fulfilling pieces of art look like a child’s doodle to Him? Does Citizen Kane look like a caper movie with kids in animal costumes? Do Chris Thile’s mandolin solos sound like a preschooler plinking on a toy ukulele to Him? Does The Starry Night look like scribbles to our Father? Does the most subtle and insightful stand-up comedy act seem like clumsy clownishness? 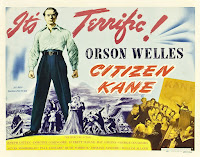 I know this is a weird question and I honestly don’t know the answer… But I do know that God loves His children like crazy… So it follows, then, that He loves our art—dotes on our attempts to create things that have meaning and beauty and speak of our hearts’ yearning for Him. As the First and Best Creator, He is our Role Model in the Sky when it comes to making stuff, and I think He loves it when we follow His lead.

2. IS THERE ART IN HEAVEN? And if there is… how GREAT is it going to be when we see it, hear the songs, etc.? Will we even be able to contain ourselves laughing at the jokes? Will we say, “WHAAAAAAT???!!!” Or will we stand in awe, saying as Job did when confronted with God’s grandeur: “I am unworthy—how can I reply to you? I put my hand over my mouth.”

Or … is EARTH AND ALL CREATION God’s art? The music of the spheres, the fruited plains and the purple mountains majesty, etc…? I mean there’s a reason that the best pics on social media are nature pics. You should see the ones my friend Holden posts from his walks in the woods. Talk about ART!

Or maybe HEAVEN ITSELF is God’s finest work of art, and art is our attempt to bring some of it down here? I mean, even dark art that speaks of the human condition offers a contrast to a way that things should be?

Well, the Revelation of St. John says there’s singing in heaven, so maybe the first thing is true. Or maybe it’s all true—ie. 1. there’s art in heaven, 2. earth and all creation are heaven’s art, and 3. heaven is God's ultimate work of art.

I guess I won’t know the answer to these odd questions until I am there… which kind of reminds me of an incident on that show The Good Place in which Ted Danson tells a new arrival to “the good place” that each of the world religions got the reality of the afterlife about 5% right… and that the only person who came close was a stoner named Doug Forcett, who, while high on mushrooms, guessed it about 92% correct. (Haha - I’ll have what HE’S having!)

Of course, as a Christian, I believe that the Bible is the best information we have on the afterlife and heaven and what have you… but that doesn’t mean we really know what’s in store for us! And I like to think whatever right ideas we may have are about 5% of how great it’s going to be!