At the end of John’s gospel, he writes: “Jesus did many other things as well. If every one of them were written down, I suppose that even the whole world would not have room for the books that would be written.” At my first job out of college was at my hometown newspaper, The Oxford Public Ledger, the editor said a similar thing about me... except, it was more like, “If they compiled a book of all the things you don’t know, it would be so big you couldn’t lift it.”

Now he said this because I was fresh out of college, had not lived in Oxford for four years, and when I did, I was a child/teenager and had no clue about local news or politics. So, yes, I did NOT know many things that the paper existed to address.

And I will come right out and say that I still have a stunning amount of ignorance about many, many things. Besides the regular facts and skills that I have neglected to learn in my life, such as how photosynthesis works and how to scramble eggs (because I hate them), there are the real mysteries of life that cause me to scratch my head whenever they pop into it.

This is the kind of thing the writer of Proverbs was talking about: “There are three things that are too amazing for me, four that I do not understand: the way of an eagle in the sky, the way of a snake on a rock, the way of a ship on the high seas, and the way of a man with a young woman.” (Proverbs 30)

Here are just a few of the many things that stump me:

1. Free will? or Predestination? This is one of the age-old mysteries that the thinkers in churches chew over... “Did God choose me or did I choose God?” I don’t know. There are a lot of arguments either way in the Bible, and lot of people will say they know, but I can’t imagine that they really do.

2. What happens to people who have never heard of Jesus? No clue. I do trust the God I meet in the Bible, though... Whatever he does will be nothing but right and good.

3. Did King Arthur exist or is he just a legend? Will I get to meet him in heaven?

4. What happened to the Lost Colony? I’m definitely asking God this one when I get to heaven. 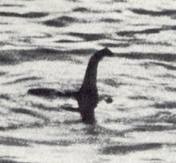 5. Did OJ do it? (My husband laughed really hard when I brought this up one time. He said, “Of course he did it!” But for some reason it’s still a little blurry to me.)

7. How do I avoid ruining my child’s life? I know crummy parents whose kids have turned out great, and good, sweet parents whose kids are terrors... and everything in between. I just want to make sure my kid is kind, loves God and can take care of himself. How is this accomplished?

8. What was up with the Nazis? I mean, how could they be such jerks?

9. A bigger mystery than that: How can Christians be so mean? Not all Christians are mean, of course, but some are. How do they reason this out? I saw a movie once called The Magdalene Sisters about girls in a Catholic boarding school in Ireland. The nuns that ran the school were just... cruel. (I was going to say “crazy-ass bitches,” but I’ve probably offended enough.) Although I am not always a perfect joy to live with, I try to be aware of it when I have been mean, and try to make amends, and not make it a habit. But systematic cruelty among Christians? I just don’t get it.

10. Will wearing black really make me look thinner? Or is that just a myth too?

So, what is someone who knows so little doing writing a blog? Well, I’m not trying to tell you what I know or how to think... it’s more like I am pondering the mysteries of life with you. “If any of you lacks wisdom, you should ask God, who gives generously to all without finding fault, and it will be given to you.” (James 1) And to begin to seek wisdom, you have to first admit you don’t have any... right? I hope so, anyway... but what do I know?
Posted by julie moore at 3:47 PM