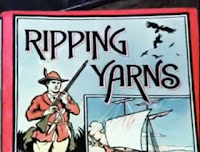 Our church always has a lot of groovy things going on, and one of them right now is having the people read the same book at the same time. I mean, at any given time, I’m going to guess that many of us are reading the same book at the same time – the Bible... but that’s not what i’m talking about. We’ve all been encouraged to read a book called The Story, NIV: The Bible as One Continuing Story of God and His People.

The title pretty much says it all: it’s sort of like the Bible, but just edited so that it reads as a narrative... you know, plot, characters, etc... Now, it did pop into my mind to wonder: Is it just a marketing/money-making ploy? A way to sell more Bibles to people who already own them? In our house, I’m guessing we might have around 10 different Bibles in various forms and translations... especially if you count the ones that are written as stories for children... Which, honestly, is what The Story reminds me of. But, even though we have all these Bibles... I bought The Story. Not because I needed yet another, but because I thought it would be sweet to be involved with other members of the church in this endeavor. I’m not really a fitter-in, but I can do this.

I’m trying not to think about the publishers as cheesy money-grubbing marketing guys, but as guys (or gals) who thought it might be easier for some people to read the Word of God if it were kind of like a novel... and that, for people who have read it plenty, it might lend a fresh perspective...

But even if you don’t read it all in a row like this, the Bible is what you might call a ripping yarn... a wild story – especially the Old Testament. It’s got a woman pounding a tent peg into a dude’s head, a king getting stabbed while he’s on the crapper, a talking donkey, and a whole army being routed by one guy with the jawbone of an ASS (teehee)...

Yes, all this stuff is in there. But mostly, it’s the story of an infinite God and the people He loves. It’s a romance, for sure... but also a thriller, a mystery, a classic, a memoir, a biography... It’s got history, poetry, self-help, humor... And even the crazy parts are full of truth.

For some reason, my son asked me the other day if every story had a moral. I told him that some stories were just for entertainment, but sometimes even those could teach you something if you really thought about it. It’s the best way to make things NOT a waste of time in my opinion. I mean, if I’m watching a brainless comedy, sometimes I turn it over in my head for a while and may (or may not) glean a kernel of useful information from it.

I realized I could do this when I went to see the movie Trainspotting, which, being a stomach-churningly grim tale about Scottish heroin addicts, is FAR from a brainless comedy.  In fact, it has a LOT to say, but it would have been easy for me to shut down, and see it as merely an over-nasty diatribe about the dangers of drug abuse. And as the characters struggled with that most heinous of addictions and the lifestyle that usually accompanies it – depicted in the most disgusting way, I might add – it was easy to think that if they could just get the monkey off their back, everything would be cool... but there’s this really great scene where they leave the squalor of the city for a train ride into the curvaceous green countryside that comprises much of Scotland... “Doesn’t it make you proud to be Scottish?” one of the guys asks in wonder...

The answer? Well, I could give you the exact quote, and while you know I’m not stickler for propper language, I think it’a a bit much for a blog that says “Christian” at the top. Basically he says that being Scottish is terrible – colonized by the English, a bunch of effete jerks... the lowest of the low, and all the fresh air in the world wouldn’t make any difference. So they recognize that the problem is bigger than just their personal addictions. It might be something that is inherently wrong with their country.

And in the end, they find that it’s not just their country, although it’s a convenient scapegoat for their problems... They may leave behind their addictions, with its pain and graphic hallucinations, and they may leave their country... for anonimity and not-so-grimy living in London... but they can’t leave themselves and their own soul-sickness. Because they have made heroin their god and England their anti-Christ, but failed to come to terms with their own sin. Even in the end, the main character, played by Ewan McGregor – if you can buy clean cut Ewan as a junkie – comes out and says, “I’m a bad person”... He vows to change, but he clearly knows that just being clean and adopting a middle-class lifestyle is not going to fill the gaping hole in his soul.

And again, I could have gotten bogged down in the endless scenes involving bodily fluids, domestic squalor, even the horrendously tragic death of an innocent child, but I allowed myself to stand back and let the real meaning seep in: If I allow something to be god in my life, unless it’s actually God, it won’t serve me well. If it’s heroin, it might even kill me. However, just getting rid of my false god isn’t enough.

A couple of real smart guys have something to say about this: Augustine of Hippo said this (addressing God): “You have made us for yourself, and our hearts are rest-less till they find their rest in you.” And Blaise Paschal said this: “What else does this craving, and this helplessness, proclaim but that there was once in man a true happiness, of which all that now remains is the empty print and trace? This he tries in vain to fill with everything around him, seeking in things that are not there the help he cannot find in those that are, though none can help, since this infinite abyss can be filled only with an infinite and immutable object; in other words by God himself.”

And that’s what I saw when I saw Trainspotting... A gaping hole that needed to be filled with the God of the universe. The world is full of stories that can teach us truths, and this movie is one of them. HOWEVER, if you want to go straight to the source, the Bible is full of stories, full of truth. And even the crazy ones can give you a picture of who God is. Our pastor gave a full-length sermon about the woman killing the guy with a tent peg, and another one about the king who got stabbed on the crapper. Because this book, even at its most outrageous, doesn’t just point to the gaping hole, but gives you the information you need to fill it.