Everybody Rock Your Body

(This one is going to be extra garbled ... because it’s all about something I don’t know how to think or talk about... I have been typing on it for, like, two days... and it's still all over the pace... It really is, truly, just questions, and supposin’s...)

We were watching the show about George Harrison on HBO the other night, and first of all – I’m a BIG FAN. I love all the Beatles, and George especially seems to have been a beautiful human being... That said, because the movie went into detail about George’s involvement in Krishna/Hinduism, I found myself really thinking about ... well, stuff... you know, matter... specifically our physical bodies. I mean, I’m the last one who is qualified to talk intelligently about Hinduism, but I just found it all ... interesting and confusing.

As a Hindu, George was all about how it was only the soul that is real... that the body (and all other physical matter was an illusion... He said, “One’s values are profoundly changed when he is finally convinced that creation is only a vast motion picture and that not in, but beyond, lies his own ultimate reality.”

According to George’s friend Eric Clapton, George translated this to mean that whatever he did with his body didn’t matter. This is highly convenient if you enjoy smoking and cheating on your wife, right? But in that case, why bother being a vegetarian? Just wondering...

I did a little internet research (as in, it may or may not be correct) and found that the way Krishnas apply this is to try to wean themselves off the needs and pleasures of the material world. What I think about George in light of this, is this: 1. Smoking is reeeeally hard to quit... maybe he was trying. I think the movie said he did quit in the late 80s. 2. And as for infidelity – I think maybe he was too used to being a Beatle and having whatever woman he wanted... When my husband said to me, “If he was so spiritual, why did he smoke and sleep around?” I could only think of all the things I lack in my struggle to become more Christlike. I don’t know that it necessarily makes us hypocrites... just still in progress.

So then I started thinking about the Christian view of the body, which is also a little confusing. Jesus spoke mostly about the spiritual world. He said it’s not what goes into the mouth that makes a person unclean, it’s what comes out. And the whole book of John has a lot of people thinking physically, and Jesus trying to make them think spiritually. Like Nicodemus (John 3) – he wondered how a man could re-enter his mother’s womb to be born again, when Jesus was speaking metaphorically about being born again. And Paul said we would get new bodies in heaven (1 Cor. 15), so does this make them “disposable?”

On the other hand, Paul specifically addressed arguments like the one George made – that since our bodies were temporary, it doesn’t matter what we do with them. His reasoning was this: because Jesus bought us with a price, because we are part of His Body, because we contain the Holy Spirit... That is to say, our bodies are now sooooo valuable, that we don’t need to be mixing it up with prostitutes and the like. (1 Cor. 6)

I think Paul knew how powerful sex is, believing fully that when people do it, they actually become one. This is found in the “marriage” of Adam and Eve (Gen. 2) and also in Jesus’ teachings (Matt. 19). Paul recommends people stay single and celibate so that they can focus on the Lord’s work... (1 Cor. 7) Not because sex is bad, but because it’s ... well, it can be pretty distracting! Celibacy is not mandatory, though – he says, pretty much, if you can’t keep your hands off each other, then by all means get married. I guess Christians have a reputation for being sort of fuddy-duddies with regards to sex, but I don’t really see this going with the Paul’s view of the body. 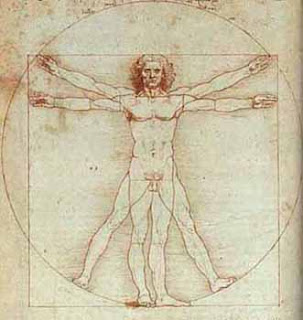 It is interesting to me that in speaking of our bodies Paul was only concerned about sex (“All other sins a person commits are outside the body, but whoever sins sexually, sins against their own body.” (1 Cor. 6)) He didn’t care what people ATE, as long as they did it “in good conscience.” I guess back in those days, they didn’t have all the crazy, artificial food we have now, and they got plenty of exercise just being alive... so they didn’t worry about food polluting their bodies. Instead they worried about the spiritual implications of what they were eating... “Am I breaking any rules?” “Will this food make me unclean?”

The Jews had restrictions on what they could or couldn’t eat, but Peter’s vision on the roof of Cornelius’s house pretty much set Christians free to eat anything (Acts 10) . This freed them up to hang out with non-Jewish people, which was cool for spreading the gospel... Later, Paul addresses Gentile Christians who struggled with whether to eat food sacrificed in idol temples – to Zeus, for instance. And even that didn’t bother Paul... as long as it didn’t give the person the heebie jeebies or offend anyone. To Paul, food was needed for survival, and also a way to give and receive hospitality – to show inclusiveness. And that was it. I guess it’s our crazy, lazy culture that’s turned it into something else. This was a real break from how Paul was raised – with clean and unclean foods. Did Jesus’ death also transform the meaning of food for us?

I really don’t have a point or a summary, except to say that Adam was created with a body, which, I assume, before the fall, was perfect and holy like the rest of creation. Then Adam and Eve’s sin corrupted their flesh... Made it a struggle to give birth, to work, to be married... Made it mortal. So, when Jesus came – God made flesh – did this give the body renewed holiness? Was it because it needed to be re-holified to contain the Holy Spirit? So... the new thing that Christ brought was that we live in our bodies, but are at the same time able to live “in the Spirit”...? Another thing I noticed is the part where Paul said he’d rather be in heaven with Jesus, but he had a lot of stuff to do in his body... So, while our eternal destination is important, our temporary vehicle is also useful... And in the words of Paul: “So we make it our goal to please him, whether we are at home in the body or away from it.” (2 Cor. 5)