I have been writing this since yesterday, when I saw the final Harry Potter movie... It has not been easy, because I don't want to sound crazy. But I do want to say what I am thinking about...

The whole time Harry has been fighting "he who must not be named" I can only think of spiritual warfare. I know that there are all kinds of opinions about who the devil is, if he even exists, and what the hell he's doing. I don't have anything new to say, I am sure, but I do think about it from time to time.
If you read the Bible you find that the devil is a fallen angel, responsible for the presence of sin and evil in the world. You also know that he's still hanging around trying to get us to fall. “Be self-controlled and alert. Your enemy the devil prowls around like a roaring lion looking for someone to devour." (1 Peter 5:8)
Even though the Bible says this, I am not one of those people who sees evil forces lurking around every corner, waiting to suck me in. But it is obvious that there is evil in the world, and it is certainly possible that there is a "personality" behind it.
In the Screwtape Letters, C.S. Lewis gives a pretty good picture of what the work of the devil might look like in a modern person's everyday life. In it a demon advises a younger demon on how to bring down the person he's assigned to. He does this mostly by trying to confuse him, not through trying to make him commit some huge glaring sin. He says that "the safest path to hell is the gradual one."
Who is more devilish that Voldemort, right? All through the books he is there opposing the Harry and his friends, both physically, and by making them doubt themselves and each other. Wearing a piece of LV around his neck in the form of a horcrux, Ron's deepest fears of inadequacy start to bubble up, causing a rift between him and his closest friends. In one movie Luna Lovegood tells Harry that Voldemort wants him to think that he must defeat evil all by himself.
These are the kinds of ideas that I think the devil trades in. While I don't normally attribute the notions that pop into my head to either God or the devil, I will occasionally have crazy, unfounded thoughts regarding my own adequacy and worth. I really don't need this, so... I'm all for fighting the devil, if there's any chance he is behind it!
And for this battle, the last HP movie reminded me of these things:
1. We don't have to take on the whole devil and all his evil at one time in a huge battle - Christ (here symbolized by Harry) has done this already. We do conquer little bits of the devil at a time - the horcruxes, if you will. This is our temptations and the choices we make every day. Although some people do fight bigger battles - like the English gentlemen in the movie "Amazing Grace" who worked hard to abolish slavery. 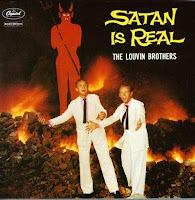 2. We don't have to do it alone. Over and over Harry's friends refuse to let him do anything by himself, choosing to place themselves in danger to aid him. And we also are surrounded by a huge family of like-minded folks that are fighting with us, and also by a "great cloud of witnesses" – those who went before. Sweet!
3. And while sometimes the people who do God's work are prominent (RE: the guys in Amazing Grace), mostly it is regular people wearing cardigans, with bad British teeth. Like Neville. Like you and me.
Posted by julie moore at 12:31 PM